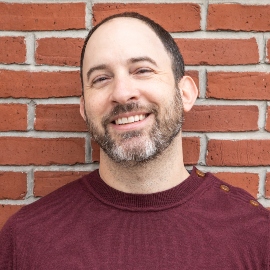 For eleven years, Jay Wahl served as Producing Artistic Director for the Kimmel Center and prior to that, he was the founding Managing Producer of Hidden City Philadelphia. He is largely respected by Philadelphia’s creative community for using unconventional platforms as a means of challenging the hierarchies, assumptions, and biases of traditional arts organizations. Jay is a creative and courageous leader whose work has impacted many in the Greater Philadelphia region.

As the producer of the biennial Philadelphia International Festival of the Arts (PIFA), (2011, 2013, 2016, 2018), Jay was the creative mind behind the sets of events and performances which increased and broadened access to the arts by bringing performances directly to neighborhoods across the city, including a 200,000-person block party on S. Broad Street. Additionally, Jay created and led multiple residency programs in jazz and theater, which resulted in several world premieres and provided incubator space for developing work with local and national artists. Through free monthly programs such as “Sittin’ In” and “La NOCHE”, he helped to engage diverse audiences and introduce world-class emerging artists to the region.

Jay’s leadership and innovation are inextricably linked, and the entire city has benefitted from his creativity and innovative approach to engaging audiences and artists. He has been a highly impactful and respected member of the Arts + Business Council Advisory Board for six years.