Listen to Stanford Thompson for even a short while and some guiding principles become clear. Discipline. Empathy. Disruption. It’s no wonder; he’s a classically trained musician, a master educator, and a creative disruptor who’s reimagining music education in Philadelphia and around the world. He’s also our newest CreativeXchange instructor, and will lead a session in October called Activating Empathy: Retraining the Brain to Listen Differently. I sit with Stan in a pristine and enormous room in the new Curtis building on 16th and Locust, to hear more about how he’s developed these principles to listen differently, hear the needs of colleagues and communities, and identify opportunities where others see obstacles.

“You have to be hungry to make it in classical music,” says someone who jokes that his parents only let him eat after practicing for hours a day.” I don’t advise people to go into classical music as a career,” he says, “but the pathway to becoming a professional musician is similar to the pathway to becoming a better person.” One gets the sense Stan’s parents were ambitious on behalf of their son, but that the man (who after graduating from Curtis was part of the inaugural cohort for the prestigious Abreu Fellowship Program at the New England Conservatory) never failed to find creative ways to motivate himself to succeed. 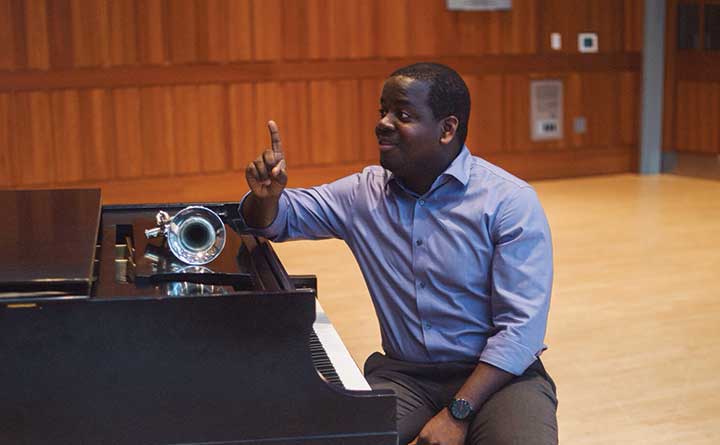 In our conversation, he describes discipline in practical and also profound ways: there is a discipline to refining your craft and growing new skills; a discipline to accepting critical feedback, even understanding rejection; and a discipline to knowing a piece of music and your fellow musicians–similarly, your job and your team–so well that you can improvise, follow, and lead at different moments depending on context. Such disciplines empower Stan to challenge a status quo which says only the best and most privileged among us deserve a shot at a high-quality future. These disciplines also empower Stan to be a better leader, manager and colleague.

As one of the first Abreu Fellows, Stan trained under Jose Antonio Abreu, who founded El Sistema (“the system”) in 1975 to help poor Venezuelan youth learn to play a musical instrument and be part of an orchestra. Forty years on, El Sistema looks like a successful venture fund or incubator, having inspired more than 100 youth orchestras in the United States including Play on Philly!, the organization which Stan oversees as Executive Director and which now provides 600 hours of instruction each year to approximately 300 children.

Stan is also National Chair of El Sistema USA, eyeing up an opportunity to scale positive outcomes and change the conversation around music as a social development tool. “We have to make a new argument. In Venezuela, each dollar invested in these children brought the government three dollars in return as students contributed to society by paying taxes. We’re putting money back into the system, which means we need to spend less money on keeping body and soul together.” A musician and educator, Stan speaks the language of an entrepreneur investing in new ventures. He synthesizes the pain points and aspirations of diverse stakeholders, crafts a precise message to signal critical opportunities, and has raised more than $8.5 million to bring traditional services to new markets outside of what many consider traditional consumer groups. 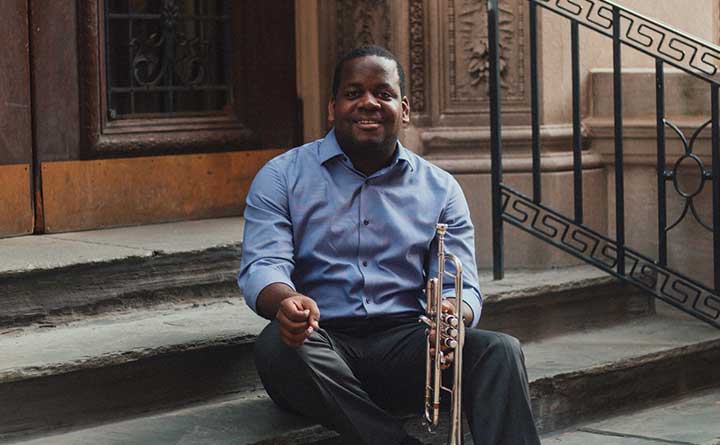 It is not lost on Stan that we are sitting in this beautiful room, which sometimes stands empty in the summer months, or that we’re meeting in Rittenhouse Square, a neighborhood with resources to which many of his students do not have access. Listing his global “disruptors of influence”–Steve Jobs of Apple and Jeff Bezos of Amazon, as well as local ones such as Christine Cox of BalletX, Nick Stuccio of Fringe Arts, Greg Corbin of Philly Youth Poetry Movement–he tells me of a current creative renaissance taking place in Philadelphia. “The city is changing,” he tells me, and “creatives play a huge role in helping organizations adjust, adapt, and disrupt old systems.”

How do you disrupt a really, really old system, like the Philadelphia Orchestra, for example, so that new communities and audiences can access it, even shape it moving forward? The question belies a keen understanding of disruptive innovation, and Stan understands well the parallels between his mission and global trends in business. “I think organizations and businesses that are continually trying to learn their marketplace, learn what people want, can make adjustments.” He goes on, “One of the most destructive things we can do is to stop learning and growing, stop thinking about our competition and our position in the marketplace.”

“It’s really easy to step away from how you look at others and yourself,” Stan describes. Here we dive deeper into the topic of listening. “When you sit in a practice room all day and you get really good, you can think the whole world owes you something. Everyone should applaud and buy tickets.” Likewise, in the world of management and team-building, Stan suggests balancing our own skill set with what we hear from our colleagues, our customers or clients, and trends in the marketplace. “One trumpet player can easily play over an entire orchestra, but that’s not how it works. Everything has to be in balance.” Sometimes this means surrendering who you are, your preferred mode of communication, to fit the needs of the team. “If somebody’s a little bit sharp, you’ve got to be sharp too. If you’re really listening to your colleagues, do you speed up with them, do you grow a little bit louder so that your phrase starts and ends in unison?” 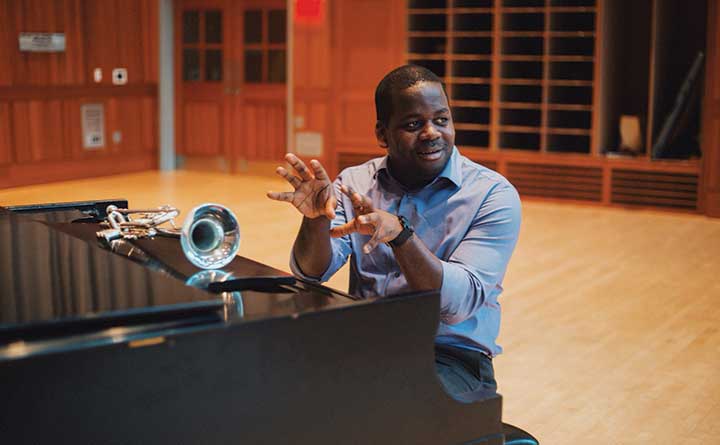 Translating this into management practice is a real-time opportunity to put Stan’s musical skills to use in a business setting. He guides his staff to never make a quick decision, always allowing the team at least an evening to sleep on it, ensuring everyone has had an equal opportunity to voice an opinion, “checking ourselves to make sure that we’re hearing and interpreting correctly what the other is saying.”

Listen to Stan Thompson for inspiration–and for instruction, too. When we train hard enough to improvise, when we listen well enough to adapt, and when we question old models of doing business, we can unlock exponential value in our approaches to work. If you’d like to hear and learn more, join the Arts + Business Council for our upcoming CreativeXchange series–Stan leads Session 2, Activating Empathy: Retraining the Brain to Listen Differently–this fall.