The Arts + Business Council is proud to announce the 2021 Arts + Business Council Leadership Award honoree, Abigail Adams, Executive Artistic Director, People’s Light, who is being awarded for cultivating a love of theatre in her community through decades of excellent leadership and expanding People’s Light to become a cultural and civic center with theatre at its core. 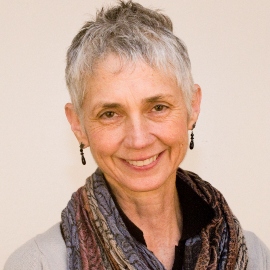 Executive Artistic Director Abigail Adams has been associated with People’s Light for over 40 years, serving as artistic leader for over two decades and chief executive for the past 10 years. Adams has directed more than sixty plays at People’s Light and established the Theatre’s award-winning New Voices Ensemble.

Abigail Adams has combined artistic excellence, a commitment to community, and a gift for strategic planning in her decades of leadership at People’s Light. Her direction of Morning’s at Seven was hailed by the Wall Street Journal’s Terry Teachout as “one of the finest productions of an American play” he had ever reviewed. Her range of directing projects includes classics and world premieres featuring ensembles of People’s Light company members and guest artists who hail from around the country and include actors from acclaimed stage and film veterans to emerging stars.

Through her leadership at People’s Light, Abigail Adams has engaged broad communities, primarily in the 15-mile radius surrounding the People’s Light Malvern campus, in a range of programs that have added immeasurably to our region. People’s Light attracts 80,000 guests per year, and under Abbey’s leadership, the Theatre’s mission has expanded – to be a Cultural and Civic Center with Theatre at its core.